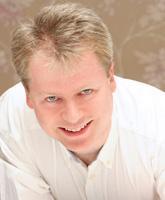 James Morris has been walking the line between video and the Internet since the mid 1990s. After studying a Master’s at the New School for Social Research in New York, where he edited a documentary with the groundbreaking Video Toaster, James became convinced that digital technology heralded the future of video production, whilst the fledgling Internet presaged the future of video distribution. He worked in low budget music video production in the US, before returning to the UK and taking up employment with Dennis Publishing on PC Pro magazine. During his tenure as editor, PC Pro rose to number one circulation status, where it remained during his editorship and remains to this day.

Since leaving PC Pro, James has pursued his dream of making quality video production affordable for the widest possible range of clients, whilst also continuing to develop his academic interests. He worked as Director of Programming at HEXUS.tv, a pioneering Web-based technology TV channel, and has produced over 700 videos for the TrustedReviews website. He has also obtained a doctorate in the philosophy of communications from the European Graduate School, the groundbreaking media university based in Switzerland. He currently runs Web video production company t-zero communications Ltd, at the same time as leading the innovative BA programme in Web Media at Ravensbourne.